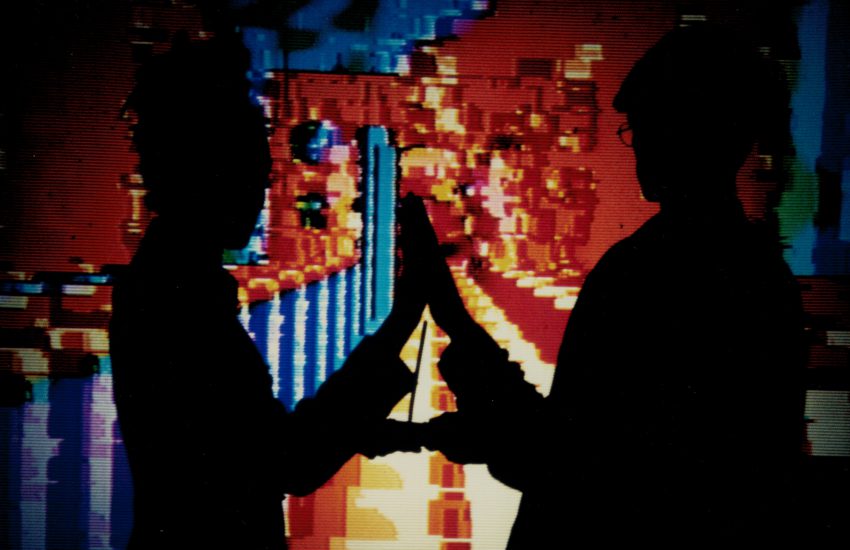 Hypertouch ver.4 is a work which generates various sounds and images in real time by touching the participant’s hands. This system is an interactive installation which enables two individuals to produce images, sounds and light when they touch each other. Under the theme of “communication between individuals through tactile perception”, this system focuses on the value of the primitive tactile perception in the computer age where image communication through pseudo-experience, such as virtual reality,is developing. Purpose Recognizing the value of tactile perception anew Today, information, including characters, sounds and images,travels throughout the world instantaneously with the aid of technologies, such as computers. It is no exaggeration to say that the world can no longer function without such technologies. However, communication through these technologies largely depends on the human audio-visual organs, because sounds, characters and images are the media. On the other hand, the importance of the tactile perception is undervalued. The tactile perception, which is the most primitive of the human senses, cannot be conveyed via technologies, but it relates very closely to human psychology. Shaking hands when one meets a person for the first time is the first step for friendship. Physical contact is essential between friends, lovers and parents and children to deepen affection. As audio-visual media for pseudo-experience, present communication and virtual reality hrough computers and other technologies will become more and more important. This system is intended to recognize the value of the primitive but still important act of touch anew. The body as media The current passing through the human body triggers signals to produce sounds and images. Any number of people can be accepted as long as the current flows. Thus, when people are connected in this way, human bodies serve as part of the system. Using the human bodies as media is one of the important themes of this system.This system is designed to do away with conventional technology-oriented, closed man-to-machine interactive communication which is excessively dependent on the human audio-visual organs, and to expand human senses through open communication based on audio-visual media, tactile perception, physical contact and relationship with other people. 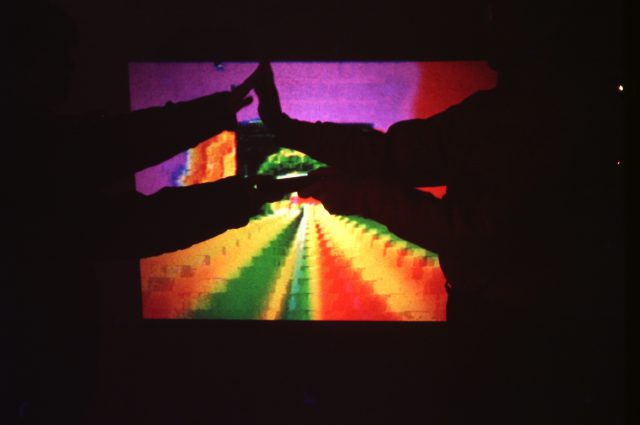 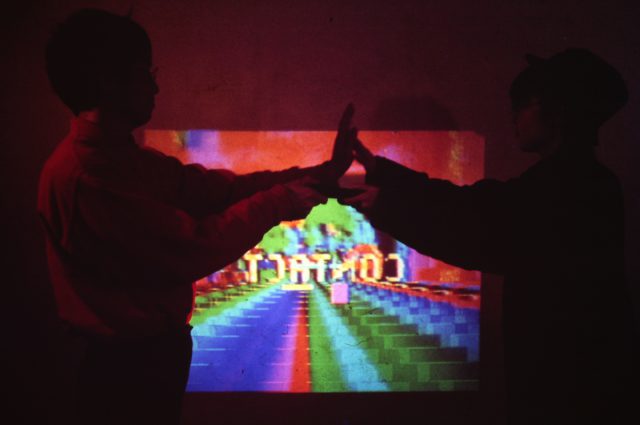 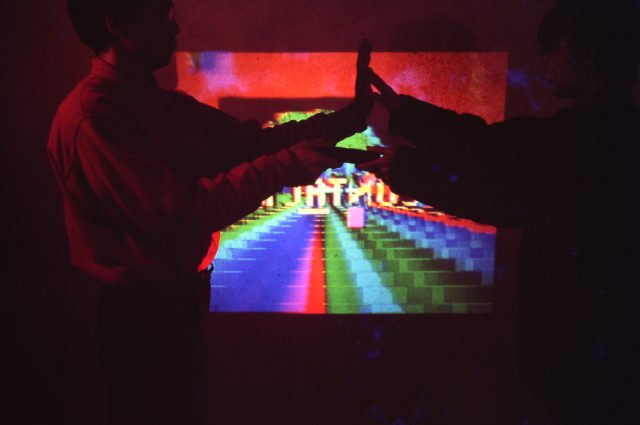 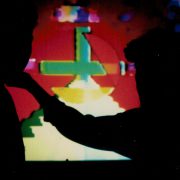 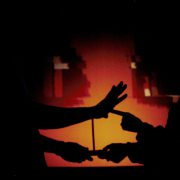 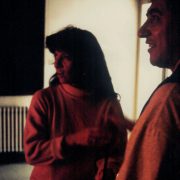 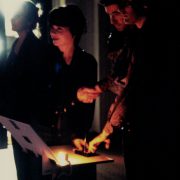